’Tis the season for entertaining. Whether to celebrate Christmas, Hanukkah, Kwanzaa, or winter solstice (or just because there’s nothing much better to do at night when the sun sets at 4:30 p.m.), parties and events are ramping up. If you plan on hosting a celebration of your own this year, you don’t want to disappoint your guests by serving chips and dip or pigs in a blanket. Instead, try these delicious pan-seared scallops from the Naramata Inn’s chef, Ned Bell. Topped with a hefty dollop of smoky bacon and whisky with cranberry, and served on toasted baguette, these are holiday hors d’oeuvres for people on your nice list.

For the bacon mixture:

For the cranberry mixture:

For the pan-seared scallops:

Baguette, sliced and toasted, to serve

For the bacon mixture:

In a medium-sized frying pan, fry the bacon in the canola oil until crispy.

Add the shallot and the kelp. Cook for 2 minutes.

Remove from heat and add the whisky.

For the cranberry mixture:

In a small pot, simmer all ingredients over medium heat for 15 minutes, until the dried and frozen cranberries are tender and the liquid is reduced by half.

Add the bacon mixture to the cranberry mixture in a medium-sized pot. Simmer for a further 5 minutes.

For the pan-seared scallops:

Season the scallops with sea salt.

Lay the scallops in the pan and sear for 3–4 minutes, until golden brown.

Flip the scallops over. Add a tablespoon of butter and a dash of 10-year-old single malt scotch whisky. Baste.

Remove the scallops from the pan.

To serve, place each scallop on a toasted baguette slice. Top with some of the cranberry and bacon mixture. 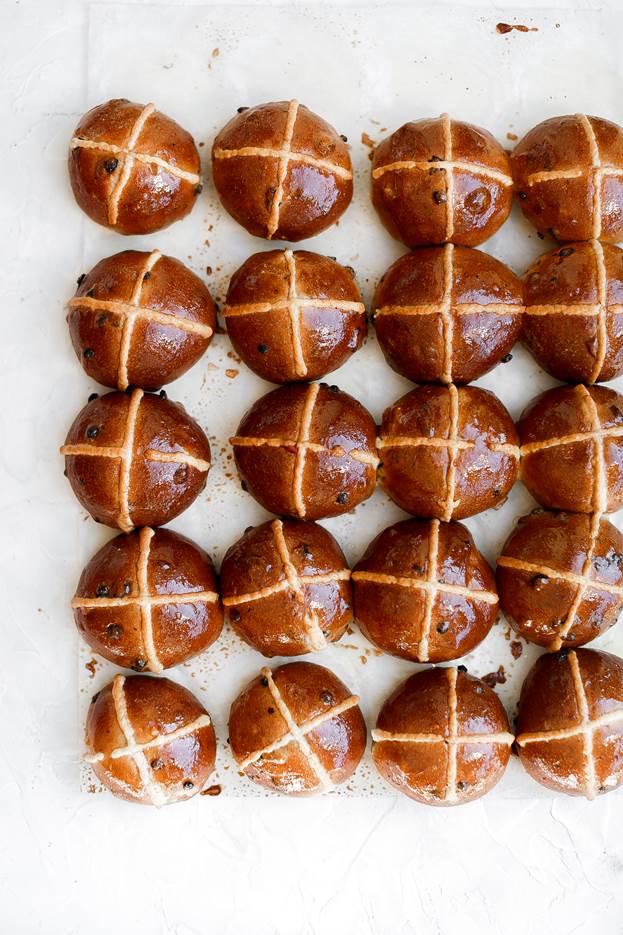 Hot Cross Buns Recipe: How to Make the Easter Treat